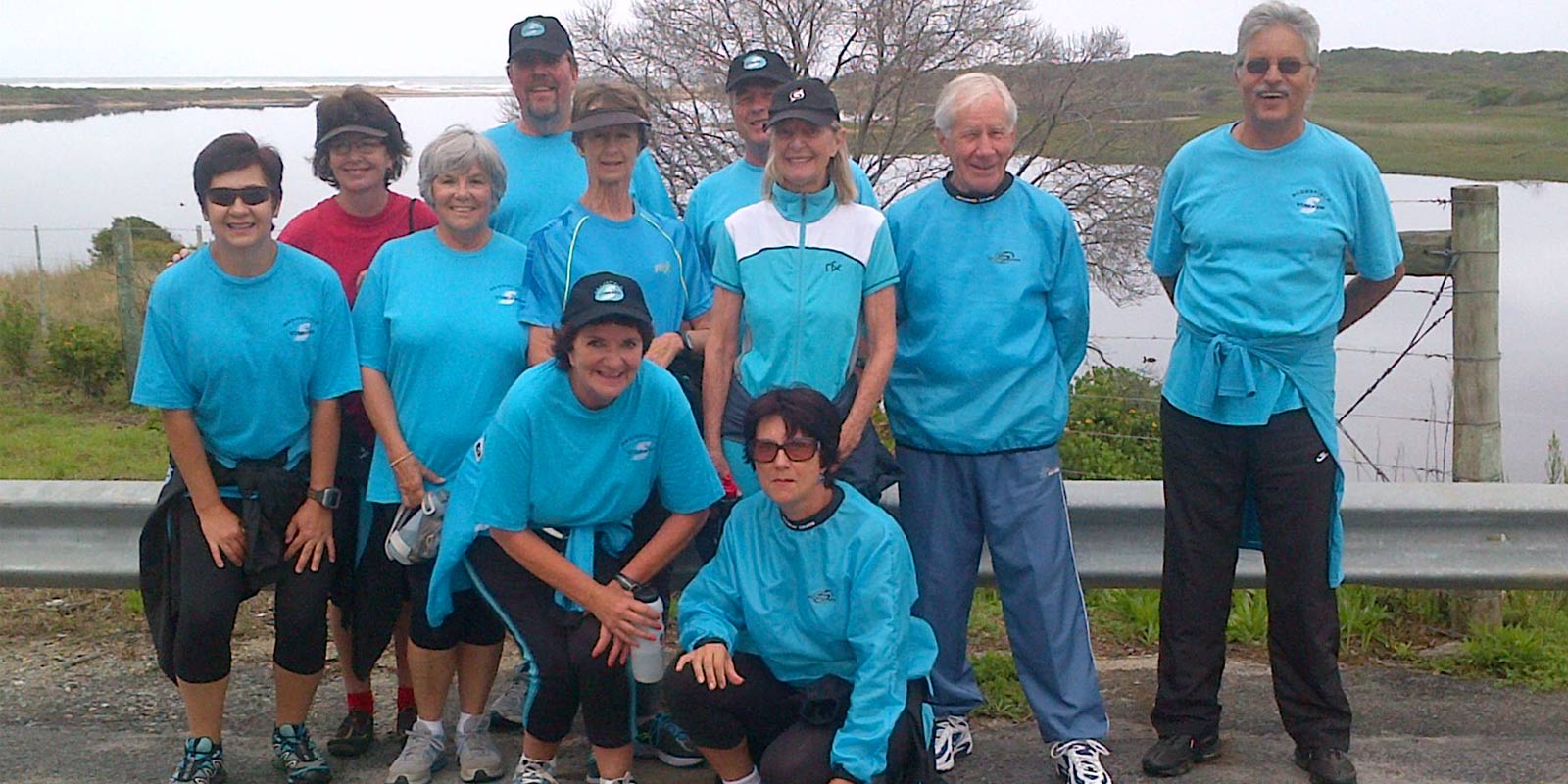 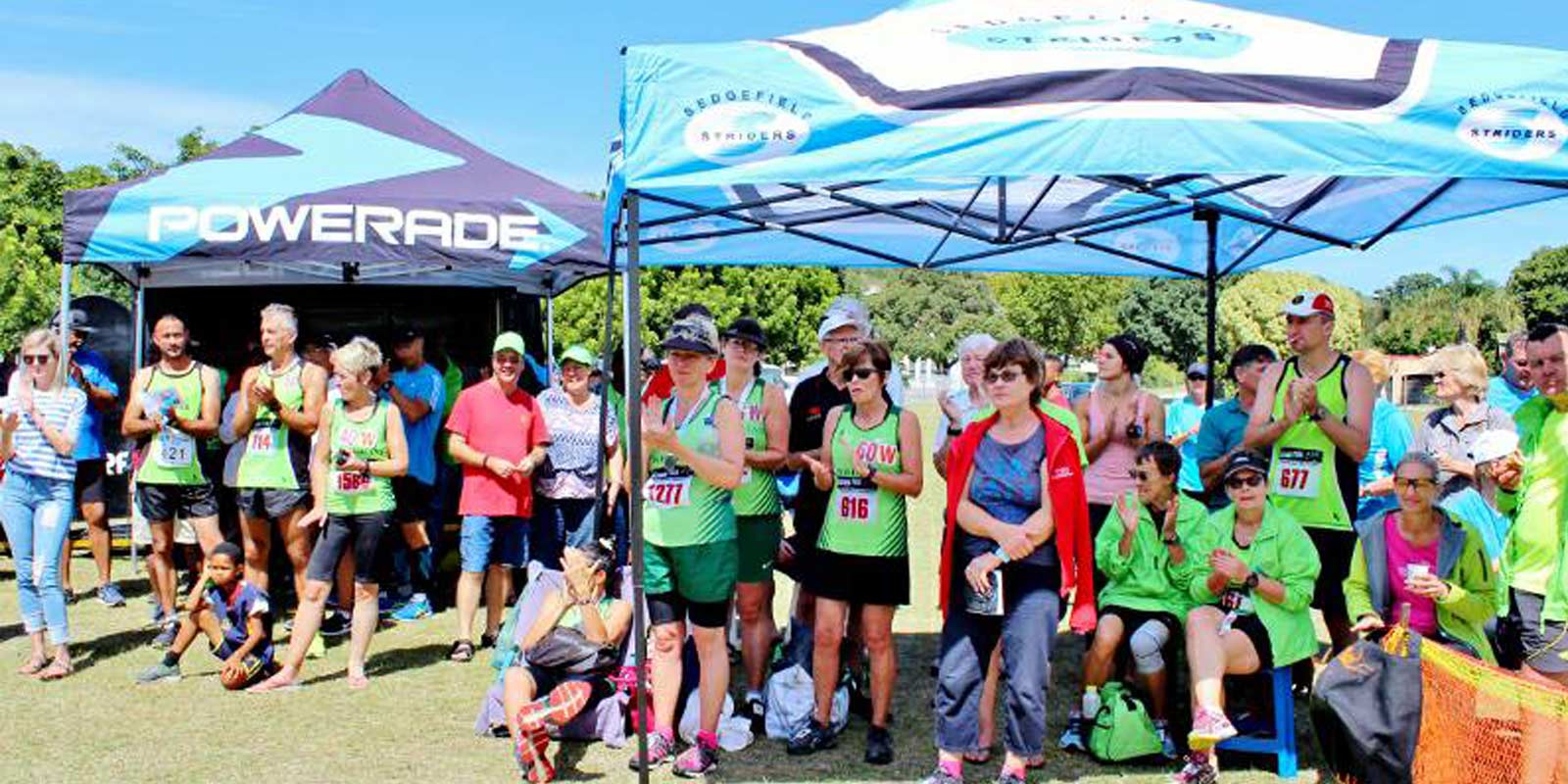 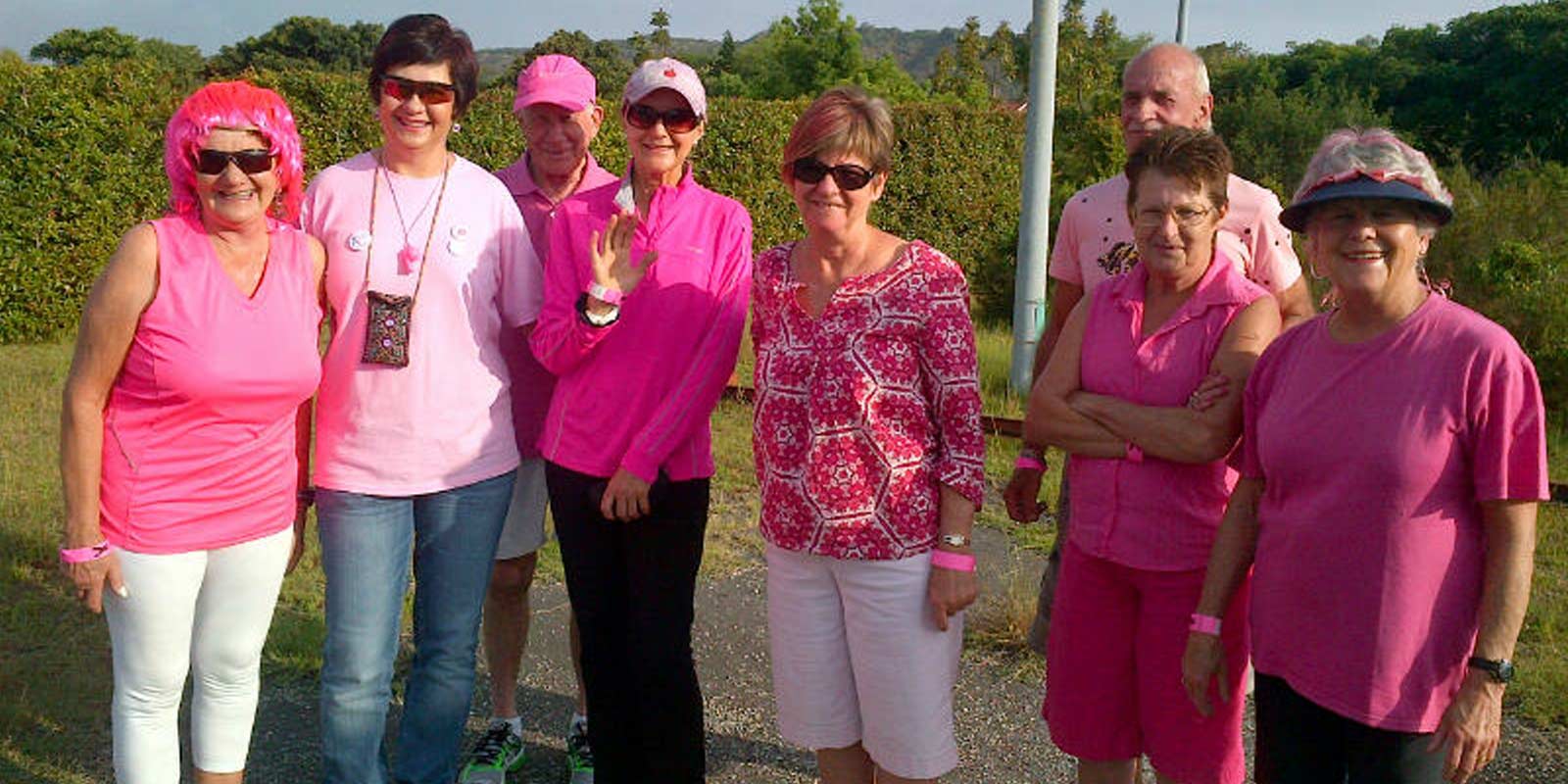 Sedgefield Striders is the brainchild of Willy Ward and Franki Whiteford.  Willy, our mentor and coach, sadly passed away unexpectedly…

Any queries with regards to Membership may be directed to Pedro Goncalves on 072 275 6894 or Secretarysedgestriders@gmail.com. We will be happy to welcome you. 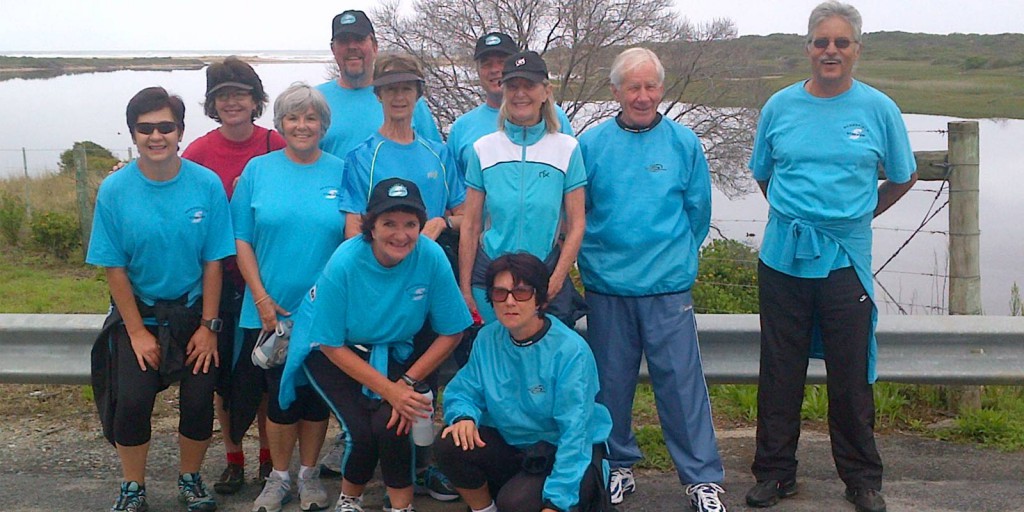 Sedgefield Striders is the brainchild of Willy Ward and Franki Whiteford.  Willy, our mentor and coach, sadly passed away unexpectedly in September 2009.  Franki continued to offer her home as the Striders’ club house until she sadly sold Tiffany’s in 2012.    At our AGM in January 2013, the Sedgefield Bowling Club was elected to be our new club house.

The club originated in 1998 and catered for walkers, runners, canoeists and cyclists. Officially launched during December 2000, Sedgefield Striders registered with ASWD as an Athletics Club catering for walkers and runners.  Sedgefield Striders was awarded the prestigious Athletics SWD’s “Top Athletic Club of the Year” for 2012, previously in 2006 and in 2002.  In 2013 was Runner up for the same award.

Some 20 years later, Sedgefield Striders continues to attract a range of athletes:  runners, walkers, trail runners, socialisers and visitors!  Our club spirit and level of enthusiasm is legendary – ask any of our friendly competitive clubs in the Western Cape!  Athletes and their friends and families are encouraged to join us.  They will experience the benefits of a “small town club with attitude!”

Sedgefield Striders supports developing athletes whose achievements are a source of pride to our club.

Members, and visitors to our beautiful area, are welcome to attend formal time trials and friendly training sessions, races (both as participants and supporters) and a weekly post -time trial ‘get together’ in the club house at Sedgefield Bowling Club. Our annual valentines race, Christmas race, pub crawl, and breakfast at Buffels Beach add to the enjoyment of being a Sedgefield Strider.

We continue to support local charities and annually host a walk for Cansa. We welcome the opportunity to assist neighbouring Knysna Marathon Athletics Club with the distribution of T-shirts prior to their annual Forest Marathon.

During the AGM/ awards evening, members are recognised not only for their athletic achievements but also for their contribution to the success of the club.

The small club with a big heart! A fun loving bunch of people.